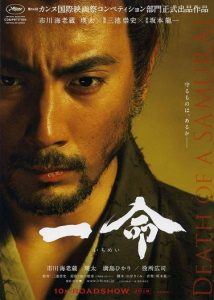 Set during the 17th century when the samurai class struggled to find work. Poverty-stricken samurai Hanshiro enters the House of Ii, run by Kageyu, and requests to commit seppuku (suicide by disembowelment) in their courtyard. Kageyu believes Hanshiro is bluffing and tells the tale of Motome, a young ronin who last came into the House of Ii and asked for the same thing. To dissuade others from extorting handouts from their group, they called Motome’s bluff and forced him to commit seppuku with a dull bamboo sword he carried. Hanshiro undeterred by Kageyu asks for the House’s top samurai to assist him, but they are absent. Hanshiro then makes one last request, setting in motion a showdown driven by revenge.