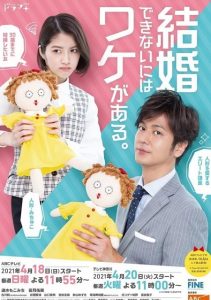 Mariko Goto (Yumi Wakatsuki) is 29-years-old and dreams of marrying her ideal man by the age of 30. She finds her ideal man in Mitsuo Tomizawa (Mokomichi Hayami). He works as a section chief at the same company where Mariko Goto works. Mitsuo Tomizawa is smart, handsome, and tall. He also does his job well. He seems like a perfect man, but he has a secret. His secret is that he loves his doll Michuko.