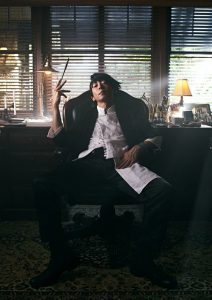 The first episode will be based on the manga’s “Fugō Mura” story, where Rohan is dragged into an incident inside a millionaire’s mansion. The second episode will be based on the “Kushagara” short story by Ballad Kitaguni in the novel spinoffs, where Rohan receives a strange request from fellow manga creator Jugo Shishi. The third episode is titled “D.N.A.,” and is also based on a story from the manga where Rohan is investigating his editor’s memory loss through hypnosis.