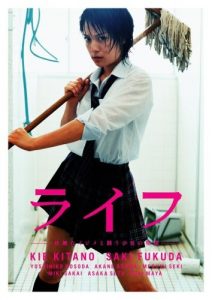 Ayumu (Kii KITANO) passes an entrance exam of a high school with help of Yuko (Akane OSAWA), her best friend, but Yuko fails and blames Ayumu for her failure. Broken heart from the broken friendship, Ayumu shuts her up and gives up making new friends in high school. But Manami (Saki FUKUDA), the most popular girl in her class, is more than happy to accept her as her friend, so she starts to enjoy her new life. But when Manami misunderstands that Ayumu is trying to steal her boyfriend, her insidious bullying to Ayumu begins. With nobody to turn to as her mother concerns more about her weak brother, and her teacher has her own problem, she is pushed to the limit of losing herself. Based on a popular comic book, this drama with a controversial theme follows a girl who finds true friendship and stands up for her to live.