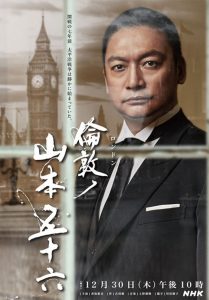 In 1934 (Showa 9), Maj. Gen. Yamamoto Isoroku was ordered to be the chief representative of the preliminary negotiations for the Disarmament Conference to be held in London. If negotiations break down and Japan becomes isolated from the international community, the gap with Britain and the United States will deepen, and it may eventually become a war. Knowing the mighty national power of the United States and thinking that war should be avoided, Yamamoto is forced to make a tough decision with the speculation of senior military personnel who want to withdraw from the disarmament system and hope for a path to arms race. Under such circumstances, Yamamoto comes up with a secret plan!