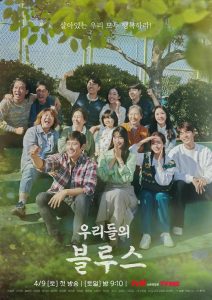 “Our Blues ” follows a group of people on Jeju island.

Lee Dong-Seok (Lee Byung-Hun) was born in a small village on Jeju Island. He now sells stuff from his truck on the island. He is not a sophisticated man. Lee Dong-Seok then gets involved with Min Sun-A (Shin Min-A), who has just moved to Jeju. She has her own story which nobody knows.

Choi Han-Soo (Cha Seung-Won) was born and raised on Jeju Island, but he moved away to the mainland. He has now returned to his hometown. He is a perfect city man. He meets his first love Jung Eun-Hee (Lee Jung-Eun). She runs a fishing store on the island. She is friends with Go Mi-Ran (Uhm Jung-Hwa). Go Mi-Ran has returned to her hometown in Jeju, because she got tired of the tough city life.

Lee Young-Ok (Han Ji-Min), who moved to Jeju Island, has been a haenyeo (female diver) for the past 1 year. She is a bright person, but many rumors follow her around. She meets Park Jung-Joon (Kim Woo-Bin), who is a ship captain. He is a man with a warm heart and he is looking for a woman who will not leave Jeju. He falls in love with Lee Young-Ok. 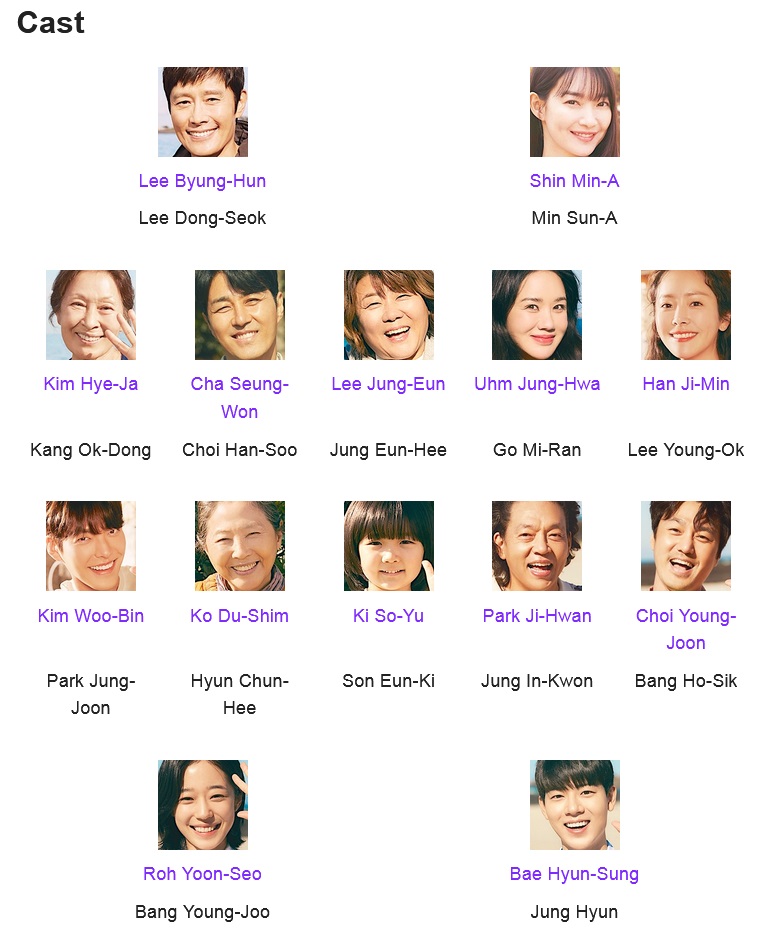