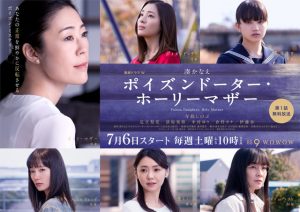 Yumika is an actress. Since she was a child, she has had to endure her mother Yoshika (Shinobu Terajima) controlling her life. Yoshika is a “poison mother” to Yumika and Yumika cannot tolerate her mother anymore. Yumika appears on a talk show and criticizes her mother. Her criticism causes a sensation.

Meanwhile, people around Yoshika state that she is not a poison mother and she is actually a good mother.

She blames herself for everything and feels like terrible.

A screenwriter gets nervous because her rival is doing good.

A women is too nice to commit murder.

A middle aged woman opens her mind only to a cat. (AsianWiki) 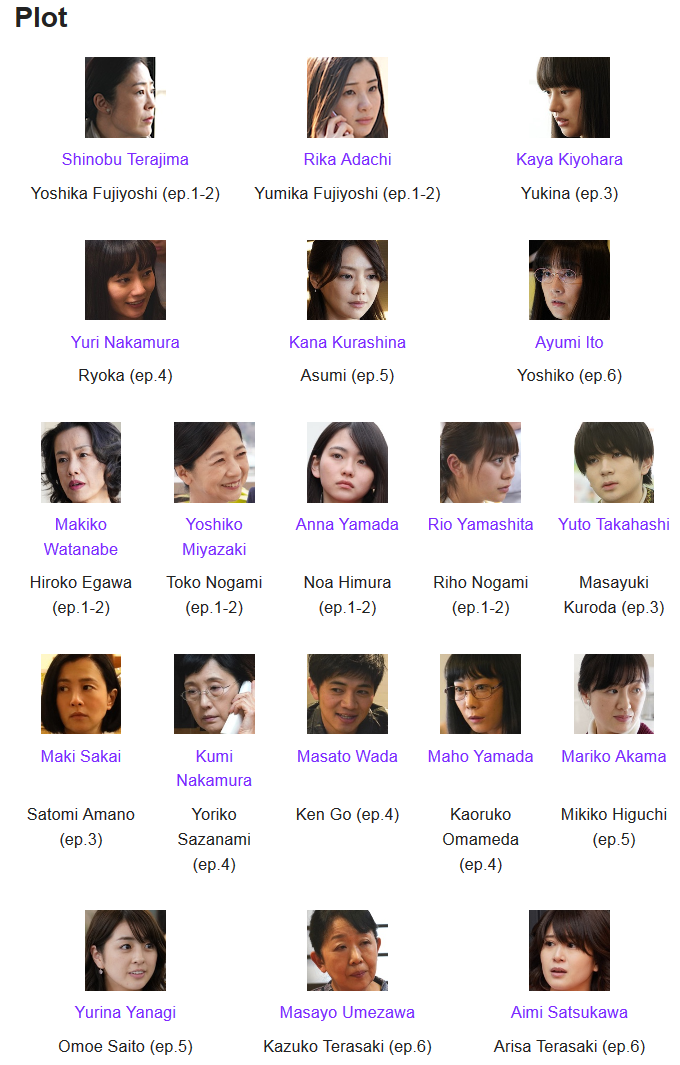