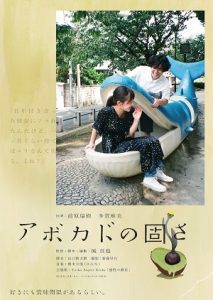 This is a feature film directed by Shinya Shiro based on the actual experience of Maehara. The script was written jointly by Maehara, Castle and Shintaro Yamaguchi . Maehara plays the role of Mizuki Maehara himself, who says goodbye to his lover who has been dating for five years, but has a faint expectation for reunion.