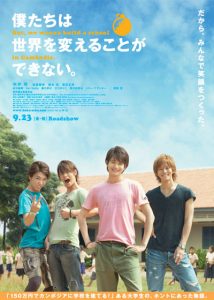 August, 2005 – Kota Tanaka (Osamu Mukai) is a second year medical school student. Kota enjoys his days with friends Tadashi (Tasuku Emoto) and Masayuki (Masataka Kubota), but he also feels something is missing. He starts to think about whether anything changes can be made in his ordinary daily life. One day, by chance, Kota spots a pamphlet for a foreign volunteer guide.

The pamphlet asks for donations. With the donation money, the organization states we can build a school with a roof for kids. As soon as Kota picks up the pamphlet, his world starts to change. Kota sends emails to all of his friends purposing that they build a school in Cambodia. Most of his friends thinks the email is a joke or the idea is impossible to do, but Tadashi, Masayuki and Mitsuru (Tori Matsuzaka) believe in Kota’s idea.

The four young men recruit people to join them at a club and hand out pamphlets. They also succeed in having a charity event. Finally, the guys come to a realization that collecting money is not enough. They decide to go to Cambodia.

When they arrive in Cambodia, they are shocked by people who have been injured by landmines and the prevalence of AIDS. When the boys go back to Japan, the IT company president who promised to support their cause is arrested. Because of this, their reputation is ruined …. 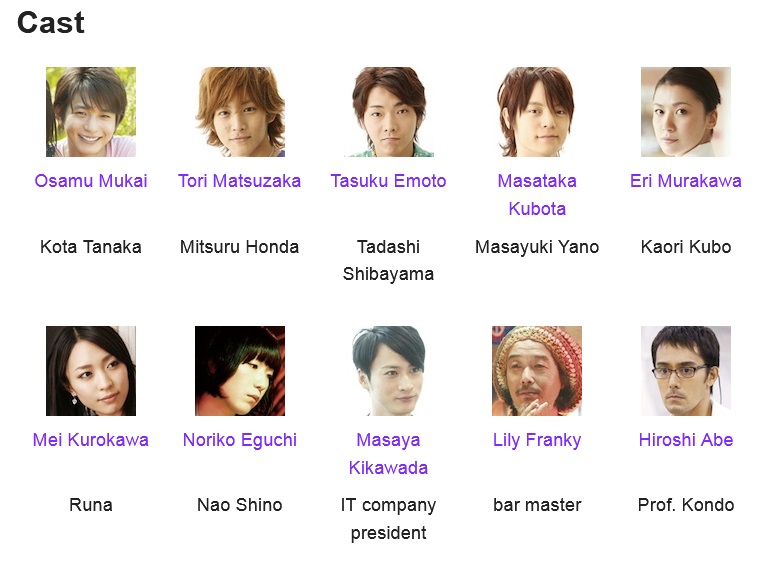